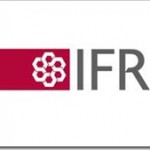 On 12 May 2012, the International Accounting Standards Board (IASB) issued 3 new IFRSs on accounting for consolidation, joint (venture) arrangements and disclosure of involvements with other entities.

Each of the 3 standards have an effective date for annual periods beginning on or after 1 January 2013, with earlier application permitted so long as each of the other standards in the ‘package of three’ are also early applied.

IFRS 10 replaces the consolidation guidance in IAS 27 Consolidated and Separate Financial Statements and SIC-12 Consolidation — Special Purpose Entities by introducing a single consolidation model for all entities based on control, irrespective of the nature of the investee (i.e., whether an entity is controlled through voting rights of investors or through other contractual arrangements as is common in special purpose entities). Very much of the concept and guidance in IFRS 10 was brought in from US GAAP as part of the convergence efforts in aligning IFRS and US GAAP.

Under IAS 27 (FRS 27 in Malaysia), control is defined as the power to govern the financial and operating policies of an entity so as to obtain benefits from its activities. As such, control is based on the risk and rewards of ownership in the investee.

So? What are the likely impacts?

For those existing consolidated subsidiaries with shareholding of more than 50%, no problem expected. But, if you have a associate company with shareholding of less than 50%, there could possibly you may need to consolidate this associate instead of just equity accounted for it, if other minority shareholders are very diverse with no single MI having more than, say 5% shares in the associates. Another example, a Company has 33% or 40% in an investee, but with this stake the Company effectively “control” all the activities of the investee, then the Company may need to consolidate the investee, instead of equity accounting for it.

There is no different in terms of accounting method to apply for joint controlled entities (JCE) or associates. All will be “equity method”.

No significant impact is expected as most of the Malaysian companies would have applied equity method to its JCE under the MASB standards in the past, and would have continued to do so even when FRS allowed proportional consolidation method since 2006.

IFRS 12 – Disclosure of Interests in Other Entities

Possibly, more disclosures required under IFRS 12. All of them very open and judgment as to the level and the depth of information to be disclosed.

International standards only, not Malaysian standards yet

Wrong! You are wrong. On 1 August 2008, the FRF and MASB already announced their plan to bring Malaysia to full convergence with IFRS by 1 January 2012. Malaysia to go on IFRS convergence by 2012 is still a valid statement.

Meaning to say, by then IFRS effective dates would the same effectives for Malaysia, that is by 1 January 2013.