Owning a comfortable home are top on the most wish list from the people, this largely due to the constant increased house prices for past few years.

Price of most houses in the cities has been double or treble since then.

As part of the effort in reducing the speculative activities in the property market, it was proposed under Budget 2014 that the real property gains tax (RPGT) will be revised as table below:

For non-citizen, disposal within 5 years is subject to a flat RPGT of 30%. Disposal after 5 years, RPGT is at 5%.

The RPGT rates increase is applicable to disposal of property taking place on or after 1 January 2014.

Property disposed off during the year 2013 will be subject to the RPGT rates as shown at table below:

Following are the full speech text extracted from the Budget Speech:

187. I hear the grouses of the rakyat who wish to own a comfortable home, especially from those in the low and medium- income groups. Various concerns have often been raised, such as soaring house prices, inadequate supply of houses and difficulties in getting financing.

188. The recent sharp increase in the prices of houses has affected the ability of the rakyat to purchase houses. In addition, speculative activities have an impact on house prices and can adversely affect the real estate market in the long term.

189. To increase the ability of the rakyat to buy a house and ensure stable house prices, as well as to control excessive speculative activities, the Government will implement the following steps :

First: Review Real Property Gains Tax (RPGT). For gains on properties disposed within the holding period of up to three years, RPGT rate is increased to 30%, whereas for disposals within the holding period up to four and five years, the rates are increased to 20% and 15%, respectively. For disposals made in the sixth and subsequent years, no RPGT is imposed on citizens, whereas companies are taxed at 5%.

Third: Increase transparency in property sales price, where property developers will have to display detailed sales price including all benefits and incentives offered to buyers such as exemption of legal fees, stamp duty, sales agreements, cash rebates and free gifts; and

Fourth: Prohibit developers from implementing projects that have features of Developer Interest Bearing Scheme (DIBS), to prevent developers from incorporating interest rates on loans in house prices during the construction period. Therefore, financial institutions are prohibited from providing final funding for projects involved in the DIBS scheme. 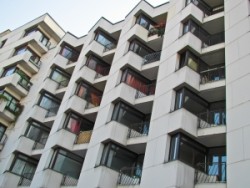