Upon the implementation of GST in April 2015, the Government is committed to provide various forms of assistance to the rakyat during and after the GST implementation. One of the significant measure is to reduce personal income tax rates in order to increase rakyat’s disposable income.

Individual income tax rates be reduced by 1 to 3 percentage points for all tax payers to increase their disposable income. With this measure, 300,000 persons who currently pay income tax will no longer pay tax. Generally, families with monthly income of RM4,000 will no longer have tax liability. Other existing tax payers will also enjoy tax savings; and

Individual income tax structure will be reviewed to enhance the competitiveness of the nation as well as to retain and attract talent and skilled workers into the country. To ensure a more progressive tax structure, the chargeable income subject to the maximum rate will be increased from exceeding RM100,000 to exceeding RM400,000. The current maximum tax rate at 26% will be reduced to 24%, 24.5% and 25%.

The reduction in personal income tax rates will be effective from 1 January 2015.

Non-resident individuals are subject to income tax at a fixed rate of 25%, reduced by 1% from current 26%.

To enhance the tax structure to be more competitive and more progressive as well as to retain and attract talents into the country, it is proposed the chargeable income band exceeding RM100,000 (maximum tax bracket) be increased to RM400,000, coupled with the reduction in maximum tax rate as follows:

The reduction in tax rates would result in the following tax saving depending on your tax brackets: 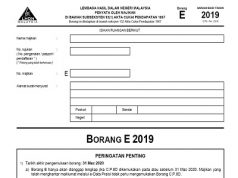