The budget is expected to have something for everyone — the middle-class, the bottom 40% of household incomes and the rural folk.

However, it would not be too generous, given the big drop in government revenue due to sharply lower oil and commodities prices, and the slowdown in global trade and economy, including in Asian powerhouse China.

— PM says the Economy expected to grow between 4.5-5.5% this year compared to 3.1% global projection.

— For single individuals aged above 21 years old earning less than RM2000 a month, assistance has been raised from RM350 to RM400.

— National revenue would be reduced by RM21Billion without GST, had the government remained with just the Sales & Services Tax.

— Without added tax revenue, the government would have to borrow to pay civil servants’ salary, national credit rating would deteriorate, and borrowing cost would increase.

— Pre-paid telco users to get rebates to commensurate with GST paid, credited from Jan 1 to Dec 31 2016

–The government will develop the 108,000 hectare Malaysian Vision Valley, which will sprawl from Nilai to Port Dickson with an investment of RM5billion in 2016

— The government will develop the Cyber City Centre in Cyberjaya, with an investment of RM11 billion over a period of 5 years

— The 1,300 hectare Aeropolis KLIA will be developed, and is expected to attract RM7 billion in investment.

— Construction of MRT2 Sungai Buloh-Serdang-Putrajaya costing RM28b to begin in second quarter of 2016, completed by 2022.

— The MCMC to allocate RM1.2b to increase Internet speed in rural areas from 5Mbps to 20Mbps.

— Bumiputera empowerment a national agenda, and will encompass the development of the Bumiputera communities in Sabah & Sarawak as well.

— The government will build 175,000 units of PR1MA homes, sold 20 per cent below market price with RM1.6 billion allocation.

— A total of 22,300 condominium units and 9,800 terrace houses will be built under the PPR programme with an RM863 million allocation.

–A total of 5,000 PR1MA and PPA1M homes to be built at 10 locations near LRT and Monorail stations.

— To reduce crime rate, a total of RM155m will be allocated to build two District Police headquarters in Lawas & Kota Kinabalu, while another 10 district headquartes and another 5 police stations are under construction. 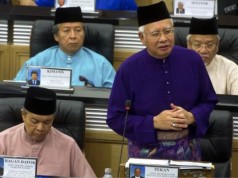 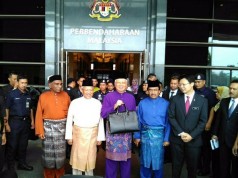 Prime Minister: Today’s Budget Is The Hardest One