Service tax collector, the Royal Malaysian Customs Department received many complaints on confusion about Service Charges, Service Tax and Government Tax imposed by some of the businesses/companies and wondering if they are actually the same.

Customs Department has given some explanations that might be useful in clarifying the matters.

Service charges – is a charge imposed by business/company in a bill over the cost of goods or services consumed by the customers. The service charges which are normally set at 5% or 10% are common practice carried out by hospitality industry (mainly hotels, restaurant, pubs & spas). This charge accumulates to the establishment imposing the charges and is pooled into a fund to be paid to workers in the industry.

Service tax – (some businesses named it Government Tax) is a legislated tax at rate 6% (effective from January 2011) imposed under the Service Tax Act 1975. This is imposed by businesses in the hospitality and services industries under the license awarded by the Customs Department. The Service Tax license which consists of the Company’s name , address and the license number is to be displayed prominently in the licensed premises. The service tax collected by the business is paid to the government once every two months.

Service tax is not imposed on the service charge but on the cost of goods or services provided.

The nature of businesses and the type of services subject to licensing and payment of service tax is listed in the Second Schedule Of The Service Tax Regulations 1975.

In certain industries, those service charges received are accruing to the owners of the businesses instead of paying to their workers. 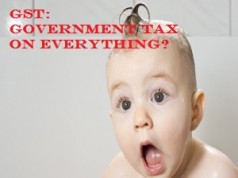