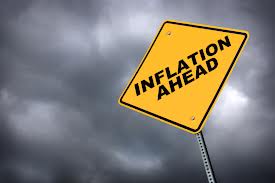 Goods and Services Tax (GST) has been very must talk of the town following the announcement of time table for implementing GST  in the Budget 2014 by Prime Minister Datuk Seri Najib Razak.

Based on other countries’ experiences at the introduction year of GST, the inflation rates were 2-3 (%) percent above the normal rates registered in prior years once the GST was implemented, depending on the GST rates introduced.

Introduction of GST will lower the personal and corporate income tax rates while maintaining a steady revenue base for the government. GST is an indirect tax as it taxes expenditure and the GST system will be implemented at rate of 6% in Malaysia by the government in 2015.

GST tax is charged to the end consumer and therefore GST normally does not become the cost to businesses. The companies merely act as the collecting agents on behalf of Malaysian Customs Department.

GST:Govt ready to deal with increase in prices of goods and inflation rate 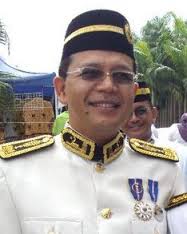 31 October 2013: The government is ready to deal with any possibility of an increase in prices of goods and the inflation rate following the introduction of the goods and services tax (GST), says Deputy Minister of International Trade and Industry, Datuk Hamim Samuri.

“According to economic experts and other opinions, there will be a slight increase in the prices of goods during the transition stage, due to speculation and other factors,” he added.

The announcement on the GST in the Budget 2014 is in line with the government’s aspiration to make Malaysia a nation with a “zero deficit” in 2020.

More on The Star Online

28 October 2013: The government is expected to collect RM23.1 billion and RM32 billion in GST (Goods and Servicese Tax) the nine month period (April-December) 2015 and for the full year 2016 respectively.

Treasury secretary general Finance Ministry Tan Sri Dr Mohd Irwan Serigar Abdullah said he expects inflation rate which is currently at between 1-2 per cent to spike up at above 3 per cent once the GST is implemented.

This is because in a knee jerk response manufacturers, traders, wholesalers and retailers take advantage of the situation to jack up prices passing it to consumers but the panic effect will taper off once the effects of the GST are normalised.

“But this is normal as we see this in countries such as Canada which saw inflation rate right after the GST is implemented. But I expect inflation to moderate at the 1-2 per cent level in 2016 or 2017,” said Mohd Irwan.

GST may cause “one-off’ spike in inflation 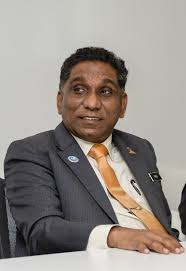 “Prices of some goods may rise, but this should go down later on. Hopefully, this is a one-time spike, after that it (the inflation rate) will moderate downwards,” Ministry of Finance secretary-general Tan Sri Mohd Irwan Serigar Abdullah told reporters on the sidelines of the post-Budget 2014 dialogue, which was jointly organised by the Malaysian Economic Association and the Faculty of Economics and Administration, University of Malaya here yesterday.

Irwan believes that within a year to a-year-and-a-half after the implementation of GST, inflation will taper and resume to its normal rate.

More on The Sun Daily