We, as a company secretary, will normally request “bank-in slip” or “Deposit slip” from directors before proceed to prepare any relevant documents to increase the paid-up capital of the company.

We are unable to “HELP” the company to increase the paid-up capital without the produce of “bank in slip” from the directors.

The following are the procedures for increase of paid-up capital / allotment of new ordinary shares:

1.    Bank-in slips from director (for amount of capital to increase)
2.    Preparation of board resolution and EGM by company secretary for increase of capital
3.    Execution (signed) by directors
4.    Lodgement to SSM

Why increase of capital need bank-in slip from you, as directors of the Company?

Every director of a company who knowingly contravenes or permits or authorises the contravention of this section, on conviction, be liable to imprisonment for a term not exceeding five years or to a fine not exceeding RM1,000,000 or to both. 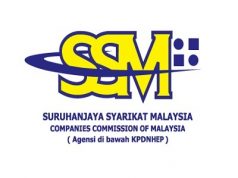