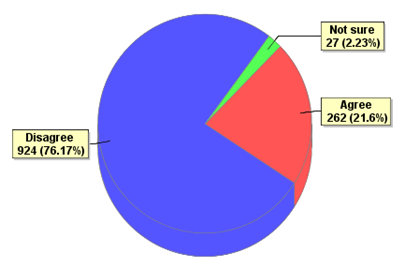 e-Poll – “Do you agree that Goods and Services Tax (GST) should be implemented in Malaysia?”

The e-poll is put up by Royal Malaysian Customs at its official website www.gst.customs.gov.my to gather and understand public feedback on the implementation of GST in Malaysia.

Out of the total votes (1,213), 924 votes or 76% were disagreed with the implementation of GST, while 262 votes or 22% agreed with it. The e-poll results may not be a good representative of public feedback as it is only involved 1,213 votes or people perhaps.

What are the benefits or pros & cons for implementing GST in Malaysia? Among the pros and cons, benefits/advantages or disadvantages of GST perceived by the public are:- 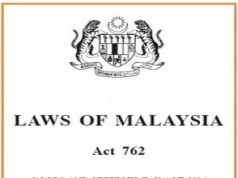